The Alcyon Pleiades Trilogy I

The following video shows us the events that are already taking place in the cosmos with the approaching of a huge amount of electromagnetic energy coming from the Sun Alcyone of the Pleiades towards our planet Earth and the entire Solar System.

Realistic re-creation with original images of incredible cosmic events that will lead to a radical transformation of the world such as we know it and the creation of a new Photonic Era.

This second part of the video, The Pleiadean Photonic Frequency  and the New Photonic Era, explains the reason why there is a delay in the longed for entrance of the Earth and the entire Solar System into the Pleiadean Photonic Belt and the beginning of the new Photonic Era such as the Mayans predicted and which scientists are confirming  would coincide with the winter solstice, between 21 and 23 December 2012.

However, this has not happened yet. Therefore, the following video clarifies the strong interferences and opposition created by those who want to dominate the planet in order to delay its inevitable arrival, producing greater pain and chaos, as well as causing humanity to become sceptical of the events for which we all need to be prepared without lowering our guard, so enabling us to participate of a new day of 2,000 years of photonic light.

This third part of the video, The Pleiadean Photonic Frequency and the New Photonic Era, reveals a reality that although may seem to be science-fiction, is not. It explains the strong obstacles that have delayed the longed for arrival of the sun Alcyone of the Pleiades on the noteworthy date of the winter solstice of 2012.

However, despite all these difficulties, the arrival of Alcyone is part of a cyclic rotation that in any moment has to happen at a cosmic level and for this reason our advice is not to lower one's guard and be prepared on every level in order to be part of this great stellar event never previously seen. 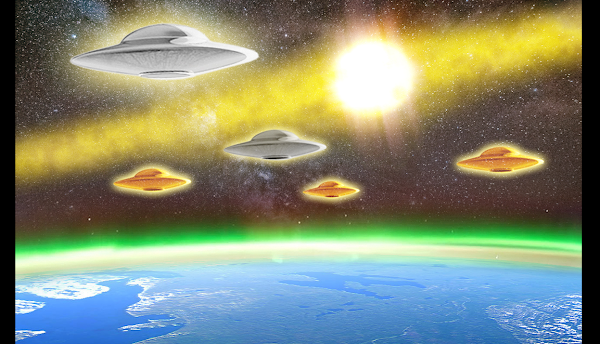