The Dominion of the Alien Invaders and the New World Order

In this ‘fourth part of Alcyon Pleiades’, we have seen the necessity to elaborate on some important points particularly because ‘the dominating dark lords’, the Reticulians-Nibiruans and their hybrids continue forward with ‘their destructive agenda’ and they resist openly, causing countless human, cosmic and geological ‘obstructions’ throughout the planet.

Therefore, we cannot yet see ‘a definite way-out’ of this ‘long and sombre tunnel’ into which they have taken us but we see only a great number of ‘interferences’ threats, frights and ‘endless provocative and unpleasant critical situations’ that exist throughout the planet.

Who are these ‘powerful manipulators’ of human dignity? The main figures are: ‘the Rothschilds, Rockefellers, J P Morgan, the Windsors, Goldman Sachs, Harriman, Warburg, Carnegie, Schiff, Stillman, Wilson,’ etc. It was they who seized all the riches of humanity and in turn were also ‘the founders of the New World Order’.

Very few ‘have opposed openly’ their greedy dominion of power and control and when some ‘rebelled’, such as the Presidents Abraham Lincoln and John F Kennedy, they were ‘cowardly assassinated’.

We should not forget what has been explained in ‘Part Three’, that due to the serious terrestrial and human obstacles caused by ‘the dominating aliens’, ‘the Intergalactic Confederation’ has ‘placed us’, as a preventive measure, into ‘a space-time void’, a type of ‘limbo-wait’ before our complete entry into ‘the photonic rings of the sun Alcyone’.

It is ‘a gigantic hologram’ or energetic wrapping created with wisdom and conscious love so that when we enter this high frequency of ‘manasic light’, it will not be such ‘an impact-shock’ nor might we feel ‘the pain-trauma’ and terrible suffering that we were all expecting with the powerful and disturbing electromagnetic shock of the ‘Null Zone’. 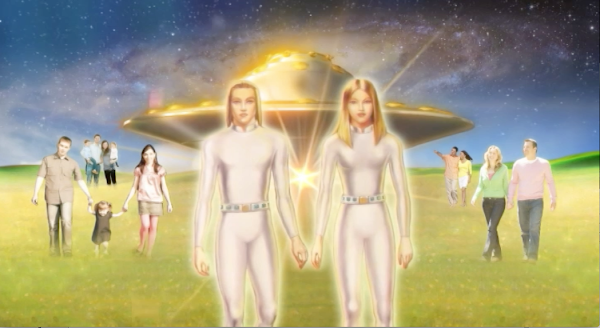