Continuing our investigation into 'the abuse of power' by the NWO, we would like to examine what is happening with 'the monarchy', which also seems to be 'going astray'. For example, in the case of Queen Beatrix of the Netherlands, who has decided 'to relinquish the throne', we should remember that she 'is the daughter of a Nazi SS officer', who was the founder of 'the Bilderberg Club', and she is a 'regular participant', as well as being 'an honorary member and organiser', together with David Rockefeller, of this famous club's meetings, this being the club that directs the planet.

What can we say about Queen Fabiola of Belgium, who established a private fund 'to evade taxes and syphon off public resources' for her own benefit? Why are the financial affairs of 'Queen Elizabeth II' to be more closely 'controlled' than ever before?

In addition to this, what is 'the secret trigger that has led to the finances of 'the Spanish monarchs' becoming increasingly 'controlled'? Is it coincidental that Queen Sofía is another active member of 'the famous Bilderberg Club'?

Why is there 'decadence and entropy' within the world elite? Is there a connection with 'the inevitable uncovering of corruption in many high-ranking positions', triggered by a 'cosmic, energetic, photonic and purifying' operation that the 'beings of light' are expediting on our planet?

For this reason, there is an ever increasing number of people from different spheres dedicated to 'investigate and unmask' those who control the world, even speaking openly about 'the Reptilian aliens', who have been 'camouflaged amongst us' for a long time.

Therefore, it is very likely that 'the dark ones' will apply a 'dictatorial subjugation', 'greater global control using security cameras', 'small aircrafts or MAVs' and 'the implanting of microchips' to closely control humanity in an attempt to prevent 'uprisings' against them.

Therefore, 'they hold on to power digging in their claws', nonetheless, despite resisting by every 'legal and illegal means' to prolong 'their dominion over us', ultimately they will have to give way to 'the beings of photonic-quantum light' who are coming to rescue us from their clutches.

Very soon it is they who 'will take control' of the entire planet and will help and guide us in order to participate directly in the next 'luminic race'. 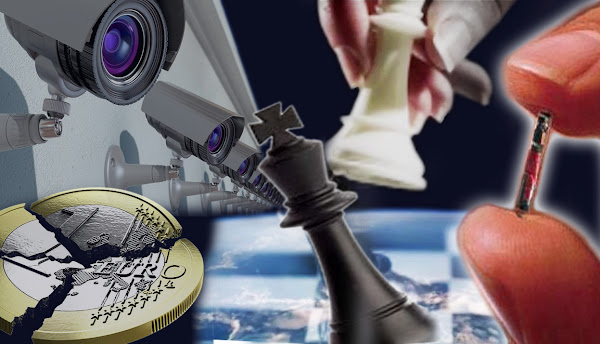