We are living a time of limbo and wait, a period of renovation and a transition to a new Era, in which everything that has been covered up and hidden will finally come to light. This is due to the fact that the photons and quanta coming from the sun Alcyone of the Pleiades are carriers of such powerful and defining energy that the dark ones-Illuminati cannot endure or receive it, and this results in them showing themselves as they really are.

It is very important to understand that although this change of elevating frequency is not normally perceived, it is now our basic point of reference in order to put each physical, psychological and internal state in its proper place. Whilst the Pleiadean-Sirian hologram-wrapping, in which we are immersed, has not opened and granted us access to a race of light, then purification and cleanliness will be more and more necessary and urgent.

The agenda or plan and the dictatorial dominion of the Annunakian-Grey-Reptile and Draco invading and usurping aliens continues through manipulation and control. Their nefarious objective was to take our internal and human capacities of stability, peace, empathy, conciliation, harmony, intelligence and consciousness, as well as altering our DNA.

As a result of these cruel and inhuman transgressions, they have to be prosecuted by terrestrial-stellar justice that has made the determination to oppose so much injustice, high-handedness, abuse of power, killings, both selective and en mass…

This is the case of many murders and disappearances that were carried out with impunity and remain unsolved yet recently appear to be coming to the surface and turning against the NWO, such as occurred with the actress Marilyn Monroe, the death of famous singers like John Lennon, Whitney Houston and Michael Jackson or the Princess Diana of Wales, as well as certain political activists such as Mahatma Gandhi, Indira Gandhi, Rajiv Gandhi, Benazir Bhutto, Yitzhak Rabin, Olof Palme, Anwar el-Sadat, Salvador Allende and many others.

These transformative changes are also observed in the decadence of the royal families with signs of the inevitable abdication of Queen Elizabeth II, King Albert of Belgium and the many scandals of lovers and illegitimate children that caused a huge decrease in his popularity, the eccentricities of Queen Margrethe of Denmark’s husband, Prince Henrik, or the strangeness of the Duke of Edinburgh… What is currently taking place in the royal families? Could it be that the continuous flow of photonic energy arriving to Earth affects them, forcing their cover-ups and vice to come to light?

What is happening with such speed throughout the world? Could it be that this is the end of corruption, vice, injustice and inequality, together with a new planetary change that is very close? 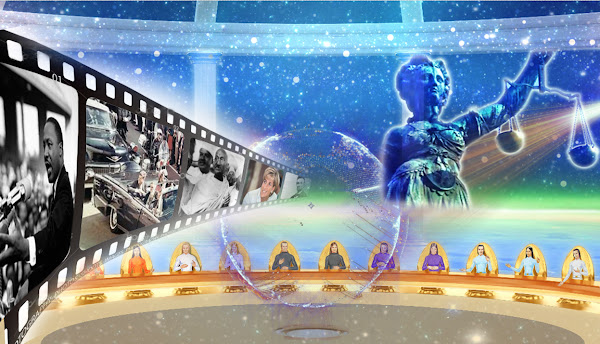