The Deception of the Dark Powers to curtail Liberty, Democracy and Human Rights

As we have already explained in the other Alcyon-Pleiades videos, we are at a terrible crossroads because we can no longer rely on those who govern our life and guide our psycho-ethical development in general.

Trust in the governing elite, religious figures, the biased media and television has almost completely disappeared, because they hypnotically lead us to disinformation, concealment, lies, violence, paedophilia, vice...

Could it be that the respected politicians, authorities, religious figures and moralists who rule, instruct, guide and govern our physical, ethical, material and spiritual lives are leading us astray? We are talking about a situation that leaves us stunned and upon realising that our leaders are involved in deceit, fraud, corruption and lies, the population will react to so much abuse.

It is important to remember that the great majority of those who are part of the elite, alongside those of the visible and shadow governments are not human beings, as we believe, but rather cold, robotic and insensitive aliens disguised in human bodies, who have nothing in common with the sensitivity of our race.

Therefore, even though they are politically skilled, camouflage themselves and perform, they cannot hide what they really are and their reptilian genetics has to manifest in some way. Everything they do has two facets, that is how they play two sides and live by double standards to continue with their same vile, degenerative and destructive agenda directed towards humanity.

This is why many of those who discover that the elite manipulate people's trust, prefer to separate themselves from the system and the dirty double dealings they employ, taking the decision to reveal to the population the horrible deception in which we find ourselves.

The moment has come to take responsibility, courage and decisions, raising our global awareness of everything that happens around us. We should not forget that all of us are citizens of a mistreated planet that is being socially, politically and geologically destroyed, so it is necessary to do something positive that is socially constructive. 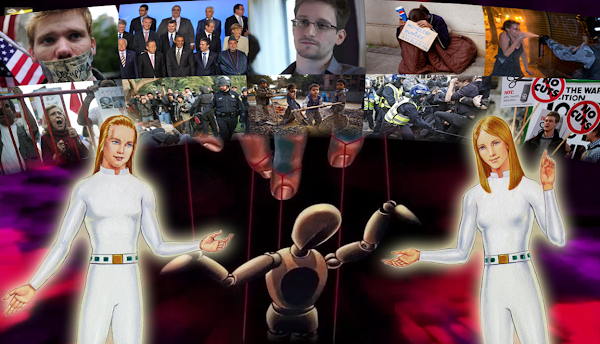