Part 1 of 3
We are living the most difficult moments of our life, either for the survival of our civilisation or the destruction of everyone and the planet itself.
The enigmatic comets have heralded great events since ancient times. This is the case with the passing of Halley's Comet in 1910, the Comets Kohoutek and Hale Bopp and Comet Honda, whose passing coincided with the bloody Vietnam War or the deadly Spanish flu, shortly after the end of the Bolshevik Revolution during the First World War, which occurred along with the long trail left by the famous Halley's Comet.

Is there a connection between the transit of comets and mankind?
What can be said about Comet ISON, the comet of the century, which will pass very close to the Sun on 25 December 2013? Has it some transformational connection? Is there a message related to the pictogram formed on 10 August 2013? What was the significance of Comet C/2007 N3 Lulin when it passed near the Earth on the dates of President Barack Obama's election? Does it have any connection with the events that are currently taking place in the US with more and more discontent amongst people? Could it be that beginning a new fiscal year without a state budget and with the largest debt in the history of the country, Obama's government is preparing itself for any unforeseen contingency that may arise, as many signs indicate? Is it as the German press claims that the US democracy is heading down a path of self-destruction, in reference to the temporary shutdown of the US government?

Is it an attempt to implement open dictatorship over all citizens?
Do the UFOs also have some significance, for instance, the UFO sighted over Damascus in the midst of the armed conflict? And many others, such as the giant UFOs photographed near the Sun by NASA...
Whether what comes from the depths of stellar space is one thing or the other, it is essential to be as informed as possible and in this way we will be able to take greater precautions.
Created by ALCYON 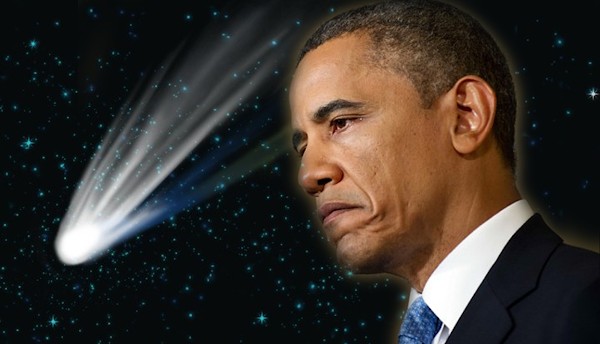