It is important to understand that the European Union, the United States and world powers such as Japan, Russia and China are in serious debt, undergoing crises and huge economic recession.

Although they maintain that we are coming out of it, this is actually an enormous fallacy and deceit, because everything is heading for a collapse of unlimited proportions.

Why do they not disclose this to the general public? Is it to avoid further financial panic, commercial chaos and a fall in the markets, as well as to cover up the flights of capital and the money that is being withdrawn from banks, thus obviating any violent social uprising or political breakdown?

According to reputable economists, they are just waiting for the unavoidable debt limit to be surpassed, in order to force an immediate collapse and precipitate a bail-in or global corralito, as they did in Cyprus to test reactions and now they are already aiming for this in the American Union...

Experts say that for the first time in history the volume of US public debt is in excess of 17 trillion dollars.

Would it not be wise for us to widen our prism of understanding and become aware of the fact that they are taking advantage of us all to see how much we can withstand?

Regarding the economic collapse of the US government and its unexpected shutdown, could it be that although the suspension of payments has been temporarily resolved, the outcome will be positive and long lasting? Or will it be the lighting of the touch-paper of an unstoppable bomb that will very soon explode collapsing the entire planet?
Video created by ALCYON 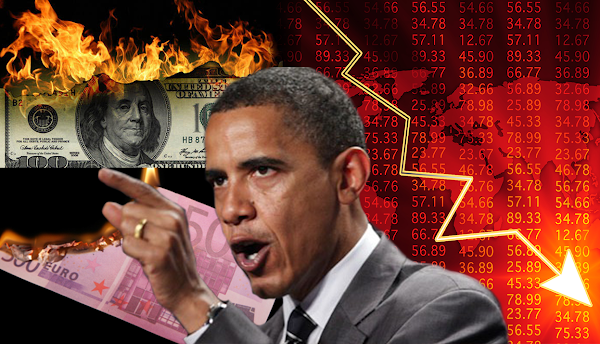