Continuing with these mysteries that revolve around many things perpetuated by the Nazis after the end of World War II, why was there so much interest in focussing on certain Lartin American countries, particularly Brazil, Paraguay, Argentina, Chile, Bolivia and Colombia amongst others?

Were they preparing something very specific in advance in case they lost the war? Did they want to ensure the succession of their regime but this time in the shadows to avoid detection? Could it be that amongst other things their objective was to rebuild their powerful Aryan-Nazi empire?

Who prepared this? Was it the the real holders of power, the visible and shadow governments who since their arrival on Earth have managed and controlled whether in the distant past or in the present using gullible, naïve and easily-manipulated people at their pleasure? Are they not the loyal servants, the authentic puppets of a superior elite that commands them?
Regarding these aliens disguised as humans, are they the only ones who exist and control a torpid humanity or are there other extremely powerful ones, who have directed from the shadows the conceited and exalted holders of visible global power, since the Nazi-fascist era of the Third Reich.
However, aside from this, what happened to Adolf Hitler? Did he die alongside his army during the capture of Berlin like the courageous ruling dictator we are often led to believe or did something else happen that is unknown to global society? 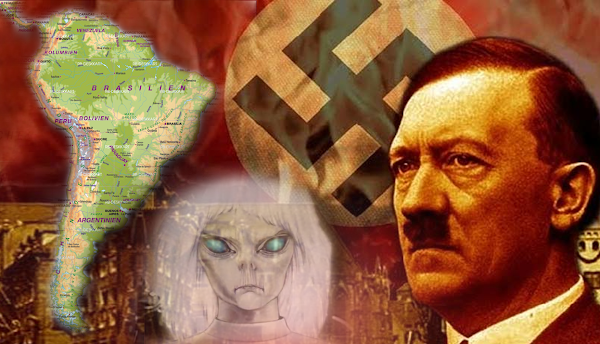