Crisis in Ukraine and the Elite's sinister plan

Continuing with our investigations, we have corroborated that with great stealth, the alien leadership, perfectly disguised as human beings whether as government leaders, politicians, bankers, business people, executives, multimillionaires, chemists or scientists amongst others, is plotting something with the utmost urgency and humanity is unaware of it.

What is it? Do they want to take advantage of the huge upheaval we are suffering as a result of climate change and the lethal radioactive contamination of Fukushima in Japan that extends unrestrained towards the US, Canada, Mexico and from there the whole world?

Are they not satisfied with all their psychotronic weapons, mind suppressants and inhibitors, terror attacks, staged attacks, covert wars, social and geopolitical crises, calamities, deaths, chaos and catastrophes that they spread everywhere they go? What is the reason for such an intense hatred of humanity that has done nothing but serve them as faithful servants?

Is it because we have a different, more complete DNA and as more and more photons arrive, we will awaken and discover everything they have done to us? Or are they in urgent need of a human depopulation in order to create an alien reptile repopulation of which we stand in their way?

So, are they making an exclusive selection and this is why there is so much distress, calamity and suicide throughout the world or epidemics, plagues, pathogenic viruses, poisoned food, transgenic food, fluoridated water, people inserted with microchips, chemically contaminated air, deadly and harmful vaccines, ELF waves, GWEN transmitters and the destructive HAARP, all created with the aim of inhibiting us, depriving us of all our physical, mental and emotional capacities?

What about the European peoples who are suffering previously unseen crisis? What can be said about the terrible geopolitical and social crisis in the Ukraine or in other legitimate sovereign nations as is the case of Venezuela? Is there something more ominous and calamitous that they have in store for us? 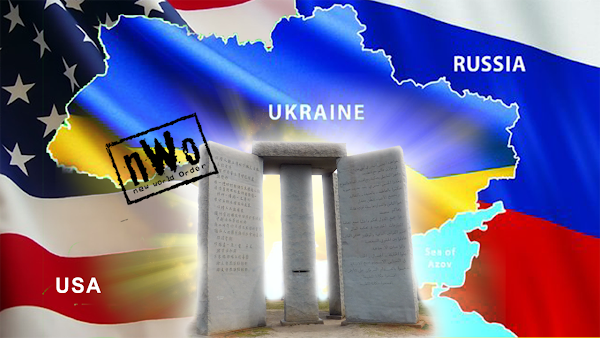