The last desperate actions of the Elite: Wars, terrorism, crisis...

Whilst there is no fundamental change in the global political and financial structure, the total disintegration of those in power who cause us so much harm and a truly authentic social, ethical and spiritual evolution… it will become increasingly more difficult to cope with the extra time we have to decide our destiny.
This is a profound transformative mutation, the conclusive steps towards the creation of the new civilisation that will populate our world leading us to a change in frequency, and this incredible event cannot be postponed as it is due to a powerful decoding and recoding of our DNA driven by the revealing photonic light, which propels us towards defining ourselves between the subtle and the dense in other words, the middle ground is disappearing.
Although it is difficult to become aware of this due to the high level of inhibition and unconsciousness we have, according to our daily actions, each of us is taking a stance whether placing ourselves at the same energetic frequency that the aliens of anti-light want us to have and this is what is actually happening with thousands and thousands who have
lost all reason, scruples and dignity or awakening to the reality that is taking place.
Remember that they are fighting by all possible and impossible means to stealthily ensnare, sedate and zombify us further, to convince us of many things, to offer new supposed ‘reforms’, unfulfilled agreements, whilst they are razing cities to the ground, exterminating innocent people with the usual pretexts and it is these double standards that continue to deceive many naïve and gullible people who, do not yet know what lies behind all this… however, an increasing number of people are finding out that the infamous political parties whether they be Democratic or Republican, Labour or Conservative, right wing, left wing or centre-left are all faithfully working towards the same objective: total servility to the empire and so, with a new disguise that seems more charismatic, reformist and adaptable they appear from nowhere, making incredible promises to the disenchanted and undecided or if not, they pass to a different party to later, depending on the dictates of the imperial elite rise to power again. The point is to maintain their absolutism through a clear global dominion at whatever cost…
The ailing ruling elite and their minions are fighting by all possible means to buy off, now not so much the people, who, despite demonstrations everywhere are equally repressed and controlled by them but also the government leaders who begin to distance themselves from the hegemony of the domineering empire… 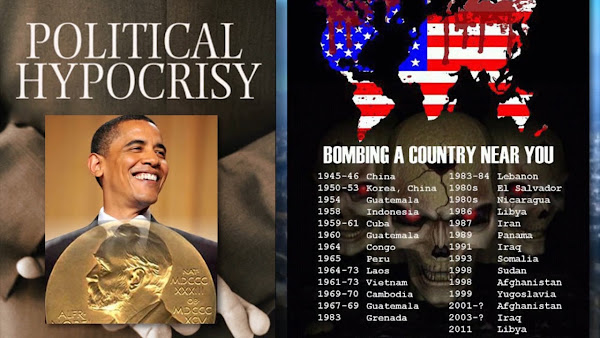