Note: This republished version is a new expanded spoken edition to improve the viewing experience.
Continuing with the chilling events with which the holders of global power cause so much injustice, abuse of power and perversity in the name of the law...
What is the cause? Why so many persecutions, beatings and imprisonments... if all the people ask is for constitutional legality, jobs, equity and an end to the vile deceit of the defenceless population?
It seems that precisely what the elite leadership want is for demonstrations and protests to take place along with increasing divisions, confrontations and crises between the government and the population, and thus the formation of unruly and highly dangerous radical groups...so that, using the fear of a serious risk of segmentation, so that the obsolete NWO and the EU Troika can supposedly justify their interference and provoke Russia to create their much needed and long-awaited war.
Or can they divert the attention of the entire world with these dirty tricks as in the case of the US that is about to collapse financially and warns that it will no longer be able to meet its international financial obligations?
Are we submerged in a downward spiral, an unending dark tunnel and these measures are specifically implemented by the soulless, abusive and dominating system so we become desperate as well as to open new well-planned arenas of conflict
Is there a solution for this acute, ceaseless global crisis?
What can we say about the coercive and insulting new measures, putting even greater pressure on citizens of various countries?
Is this a move to keep us scared and apprehensive at any cost?
Can these dangerous places associated with extermination and genocide really existin countries whose governments exhibit freedom and democracy such as that of the United States and other countries of the world? 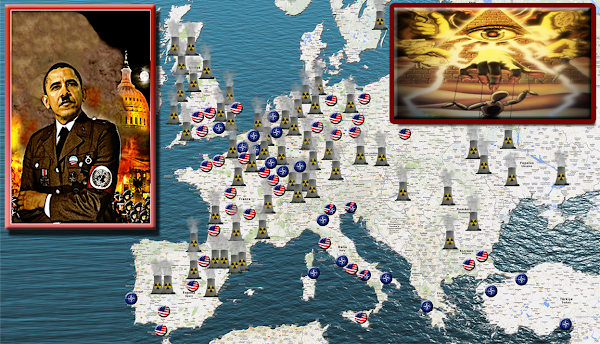