This is a historic moment of great significance in an era of cosmic, terrestrial and human transition in which everyone without exception is involved...
Are those who orientate and guide us normal, intelligent and self-controlled individuals or is there a high-level of hybridization and total derangement? Or is it that we are led by a decadent alien race as well as by robotic cyborgs that destroy everything and control us at their whim?

Why do they do it? Do they receive orders to massacre all with impunity... to provoke further social uprisings and then create their dictatorship and martial law as Barack Obama is trying to do in the United States?

Or is it something more radical, Nazi totalitarianism camouflaged in an Orwellian style?
We can see all around us our harsh reality of a n accentuated militarisation of the police where freedom is no longer possible. Although this may seem part of a dark past, this is not the case as the situation remains the same or worse and there is the beginnings of the resurgence of neo-Nazi fascist groups as well as other extreme right and xenophobic groups that are creating a new wave of interest... Are these the new seeds that were planted in the dark Nazi fascist era and that are now beginning to bear the long-awaited fruit? Or is it the Shadow Government itself continuing with their dirty game of distraction and manipulation of always... all with the aim of intensifying wars, cruel killings, extreme fear and under this disguised ruse more easily leading everyone to their fatal destruction? 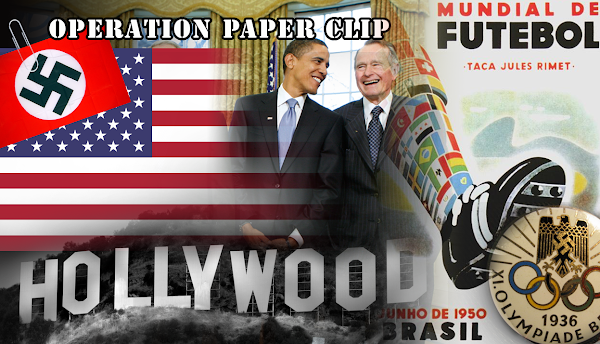